Full disclosure: I ate a lot of crap in Twenty-Eleven. Too much. Like the Furby, most of it was soon forgotten. Fortunately though, like Dakota Fanning, some of the dishes live on. In fact, some of them were so good I sort of wish I didn’t brush my teeth, so I could still taste their remnants in the far corners of my mouth. That sounds creepy, but you know what I mean…

With this in mind and in keeping with the tradition inaugurated last year, I present the top eleven things I devoured in the Los Angeles city limits under $11. In 2011.

((NOTE ON LIST: 2011 MUST HAVE BEEN FIRST YEAR IN WHICH I TRIED SAID FOODSTUFF AND $11 OR LESS PRICE BEFORE TAX)) 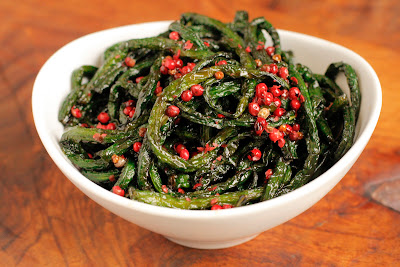 11. Szechwan Long Beans at Nick + Stef’s – To say most of America’s great steakhouses’ side order menus are a little long in the tooth is an understatement. Here’s potatoes. More potatoes. Even more potatoes. Here’s potatoes with cheese! That’s what makes Nick + Stef’s so special. On top of hearty meat cuts, they offer the most eclectic steakhouse side order menu in town. The star: the Szechwan Long Beans, perfectly roasted with a slightly spicy sauce and those beautiful pink peppercorns could make anyone, man or woman, love pink for a dinner’s length. 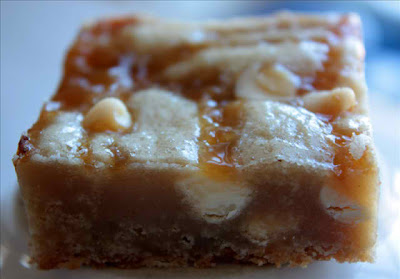 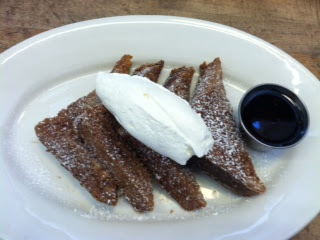 9. French Toast at M Street Kitchen – When I was young my Dad would joke I ate so much French Toast I could write a book about it. If this tome ever comes together, Page One, Chapter One would feature M Street Kitchen’s cinnamon-candied French Toast. It’s so good that as you ingest it all you can do is dream about eating it again next weekend.

8. Squash Salad at Huckleberry – If a (gag! ewww! no thanks! salads are for girls!) salad makes the U.E. Top 11 of the Year, it must be good. It doesn’t even possess large amounts of a manly protein! That doesn’t stop Huckleberry from putting together the perfect unisex salad: arugula topped with butternut squash, Niman Ranch bacon shreds, pumpkin seeds and feta with a red wine vinaigrette.

6. Hickory Burger at Laurel Tavern – If one were to design an Unemployed Eater food pyramid, it would probably only need be bi-levled. BURGERS and everything else. So, that said, it came as quite a surprise that the new (to me) burger I enjoyed most in 2011 came from the Valley of all places, but Laurel Tavern does their burger right. The Hickory is a 8 oz. patty topped with cheddar, caramelized onions and an Apple Pan-esque hickory sauce. Note: price is for burger alone; fries extra.

5. S’Muffin from Gotta Have S’more – Steps to take if you meet someone who takes a bite into the s’more-cupcake-muffin-cheesecake graham cracker crusted-hyrid S’Muffin and isn’t immediately infatuated: 1) Punch this person in the face, 2) Eat the rest of their S’Muffin.
[[ALSO SEE: 5 Questions With Gotta Have S’More]]

4.Turkey Manicotti at Bay Cities Deli – At Bay Cities, tucked between the deli counter and the hot station you can find a special man named Antonio. Couple together the normal BC patron pandemonium and the sheer minuteness of his post, you can very easily miss Antonio. But don’t. Every day he pumps out what best can be described as Bay Cities nouveau, in which he puts a little tangental spin on Italian classics and sandwiches. His magnum opus: Turkey Manicotti. Note: like a good sushi joint, Antonio’s menu is never announced prior and very spontaneous. However, also like a good sushi joint, almost everything he makes is delicious (especially his Mac and Cheese)…

For the Top 3 and photos & links to the restaurants for all 11, head over to The Unemployed Eater.

Leave a Reply to Mac and Cheese Mair Click here to cancel reply.

M4UFree on Goldenvoice presents April 2020 | Lineup & Ticket Info M4ufree is an online platform thru which a user can easily watch his favourite m4ufree tv,M4ufree movies and m4u free movies. Apr 05, 1:57 AM Fencing contractor Greenville SC on Live Review: Car Seat Headrest @ The Wiltern, July 20, 2018 Fencing contractor for wooden, vinyl, ornamental metal and chain link fencing in Greenville, SC. Mar 31, 6:52 PM www.virginiabusinessreview.com/ on Photos: CHAI @ Hollywood Palladium, July 27, 2019 They were amazing! It's so refreshing to see great Asian artists. Mar 31, 10:40 AM Frey on Photos: CHAI @ Hollywood Palladium, July 27, 2019 A group of girl asian band? Cool. Love the passion shown n their performance. Mar 30, 9:21 PM Whatsapp plus on Midnight Movies, Sea Wolf @ Hammer Museum, 7/26/07 (Also I Like To Rock) Gret Movie I watch it many times and every time I think it first to watch... Mar 29, 12:33 AM Greenville Outdoor Kitchen on Photos: Beck @ FivePoint Amphitheatre, July 17, 2019 Our outdoor kitchens really make any home the best it can be. I really liked what you brought to the table with this post. Thanks for sharing your views and adding such great pictures! Mar 28, 1:51 PM