Win Tix to Wolf Parade @ The Wiltern this Friday

On paper, it would have been so easy for you to not like them, another bloghyped Canadian band and another one with “wolf” in the name, at that. The early band pics revealed some irony, a few tatoos and a couple of muschaches. So, right out of the gate, before you even heard a single song, you’re not having it. Then, the whole Modest Mouse connection was not something you were sold on either. Next, this relatively-unknown band wrecks their hotel room at the Queen Mary at ATP like they’re Led fuckin’ Zeppelin. This was the final straw, as you loved the Queen Mary and it’s rich history. No one fucks with the Queen Mary. And so finally, the LP drops and it has many of the same songs from their pair of e.p.s. The camel’s back is broken when it gets the infamous 9.2 score handed out by the Russian judge. Surely the fix was in, and you were having none of it. 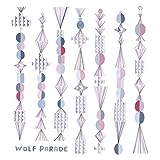 But at some point you succumbed to see what the hype was all about–when will you learn, this never works, this detatched ’see what the hype is all about’ attitude–and you Soulseek’d the CD and let it occupy some real estate on your MP3 player for a while. Now, whenever one of it’s tracks comes up on scramble mode, it grabs you and puts you in a time, a place, or a frame of mind, as some great songs can. There are little phrases here and there, a guitar lick, a synth riff, a sung lyric, that bore themselves into your head that you find yourself hearing again and again long after pulling out your headphones. And what do you know, it really is a great record, in and of its own merit. On top of that, their live show is winning. Now you’ve got yourself a favorite band even though you were ready to hate them. Many affairs have a similar story.

Win tickets to see Wolf Parade at The Wiltern LG this Friday, 8/25.

UPDATE: Contest entry now closed off. Winners will be notified by 12:00 noon on Thursday 8/24.

If you don’t win, a few tickets are still available.

← An Interview with The Man in the Concrete
The Toupee, Transit Edition →