I went to the Upright Citizen’s Brigade to check out a show last Saturday with some friends. Take note:

1) UCB’s a great theatre and good fun. I give UCB the thumbs up.

2) UCB veteran Paul Scheer is funny. I saw him at the UCB New York a few years ago. I give Paul Scheer the thumbs up, even when he’s hidden behind a Vader mask and his voice is muffled. However…

3) The 10pm Darth and Kevin Vader Show was not too hot. I give Darth and Kevin the thumbs down. A few laughs but largely vapid. I shan’t dwell on it, but I was promised the following:

Los Angeles, CA-January 4, 2007- You are Invited to a Live Taping of the Darth Vader Talk Show! Everyone from Endor to Outer Gungan Knows that there is only one Dark Ruler of Late Night TV, Darth Vader. Join Darth and Kevin Vader (His younger 1/2 brother) for a special episode of their interplanetary award winning nightly talk show celebrating Star Wars. As always they are joined by the Mos Eisely Cantina Band and perform the show under the watchful and sarcastic eye of Emperor Palpatine. Guests include: George Lucas, Jar Jar Binks, John Williams, Peter Mayhew (Chewbacca), The Director of The Star Wars Holiday Special, the Architects of the Death Star , and many more… Plus: Stupid Jedi Tricks and a Erotic Star Wars Fan Fiction, More Deleted Scenes, and a Film from Sean Conroy

Time out. With hindsight and an editor’s pen that last bit should actually read as follows:

A few shining stars in the muddled galaxy: Palpatine was solid, short bit about ’holding Padme by the lake’ was solid, and the dude who played Lando (apologies, name unknown) was great. Any time photoshop magic involving fake Lando chauffering Britney Spears sans undergarments is employed, you’re pretty much guaranteed to get a laugh. Any time you share the nightclub blueprint proposal of cloud city hovering above (and attached to) Capitol records, you will make me laugh. Just a rule of comedy. Let us now talk sushi…

Following the show my party spilled into the sushi joint next door to decompress, bitch, and eat. We were quickly derailed with the following admission:

Spencer: Guy I work with knows a guy hired Steve Winwood to play at his wedding for $250,000.00.
Me: Get the fuck out.
Spencer: Dead serious.
Brett: If you’re going to pay that kind of money you ought to get somebody worth it.
Me: Hey don’t discount Stevie man. Little Stevie Winwood. Traffic…some of that stuff is killer. Blind Faith, Spencer Davis man that’s great shit. It’s not all beer commercial with that guy.
Melissa: Yeah but $250,000?
Me (Drunk and louder than necessary): I tell you who I would not hesitate to hire, in a heartbeat, for 250 large to play at my wedding: he is a consummate performer. A consummate.
All: Who?
Me (overly grandiose): Phil Collins. The man is consummate. A very consummate performer. I would require him to wear Haggar wrinkle-free khakis with a braided belt, with a magenta Knights of the Round Table polo tucked into it, paunchy gut squared glasses and a sweat-glistened bald head crooning to me all night long. Done. Hired. In A Heartbeat. Hired.
Brett: He’s going to sing You Can’t Hurry Love.
Me: No. Fuck that. That song is not allowed, not the original and sure as hell not fucking Collins version.
Brett: I’m going to request it while you’re cutting the cake.
Me: I will forbid the song be played. I will double the rate, if necessary.
Brett: He’s going to sing it. Last song.
Me: I will be gone, long gone, on my honeymoon by then. You enjoy but it doesn’t happen while I’m there.
Melissa: How can you tell him he has to wear that?
Me: Man if I’m laying down that kind of scratch he better wear whatever the fuck I tell him to. 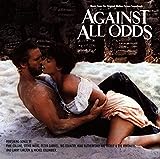 Brett: You are cordially invited to sing at the nuptials of Ryan at the rate of 250 Large. Cash. Wardrobe provided; no jacket required.
Melissa: You can’t even…where can you get Knights of the Round Table anymore?
Brett: You can’t buy that shit anymore.
Me: Oh. I will provide.
Melissa: So what’s gonna be the best song at the wedding?
Me: He’ll be laying all that shit down. Flooring everybody. Hey. Take a look at me now! Pen-ultimate: Turn it on Again. My good goodness. When he hits that, it is going to go OFF.
Melissa, Brett, Spencer: What’s that?
Me: Turn it on, Turn it on again!
Melissa, Brett, Spencer: ?
Me: Fuckers! You guys don’t even know this song. (screaming) I can show you I can show you some of the people in my life
It’s driving me mad just another way of passing the day

You guys are shitting me. You’ve heard this.

Melissa: I think you’re going to be way into this, I don’t know these songs.
Me: Home By The Sea?
Melissa: Nope.
Brett: He’s going to sing Land of Confusion with all those puppets.
Me: Home by the sea! Ok, Follow You Follow Me. You know that. The old Genesis stuff is completely solid.
Brett: Wasn’t the old Genesis all weird instrumental fugue-y shit?
Me: Not that old…ABACAB. But I will also lay ground rules. “No We can’t dance. You’re not playing that. I know you cannot dance. No can’t hurry love. No groovy kind of love. No Tarzan. Prettymuch nothing after 1989…

In the Air Tonight is also going to kill. Creepy dude that drowned his buddy will be over there by the groom’s cake, watching and waiting.

Phil’s got so much material, man.

Brett: He’s no Ambrosia.
Spencer: you could get those guys for $250… just $250 without the thousands.